Qasr Kabir’s army was disarmed. The swords of the Turkmen were held on city gates, slave circuits and pillars, and on the front lines and maidens, while the naked bodies of the lavish Amir al-mu’minin and his Roman maids were Sick hand holding medicine cup. Feet are shaking. From the pulpit at the Grand Mosque in Cairo, Judge Samsam al-Din of Mosul preaches and prays for the caliphate of Baghdad.

Three centuries of Khilafah have come to an end, not as boisterous as the clash of two animals. On the third day of this revolution, the ignorant Adid died. Carat threw in front of him the wealth accumulated by Emperor Heath, one of the emeralds was twelve fingers long, and one, or “Jabbar Nur”, weighed 2,400 carats. Pearls, diamonds, sapphires and topaz piled up like grains in the market. Golden thrones, beds, chairs, tripods, lions, leopards, roosters, peacocks, horses, and sheep are everywhere. Countless gold and silver pillars and eaves, 50,000 swords with minimalist grip. Thousands of musk and amber, ivory, sandalwood and ebony are moulded like wax, before which the goods of ingenious industrialists pass. He was standing on a hill covered with carpets, frescoes and chandeliers, and if Eleanor saw a tenth of those riches…and more than that, he couldn’t agree to think and imitate Khalifa Rashid . I distributed all these goods to the soldiers and the people to stand up, the residence of Qasr-ul-Kabeer decorated with wonders to my nobles, and the goods for the attack on Jerusalem I conquered in Africa and from Yemen to Naghz Abrams cargo.

Then Syria and the island’s sultan Aqa Noor-ud-Din Mahmud Zangi died, and the entire government began to breathe a sigh of relief. His 11-year-old son begins to juggle the throne under the tutelage of Aleppo’s greedy emir Gumshtagin, and from Mosul to Jerusalem, a cloud of conspiracy looms to try to set the Egyptian sun. The commander ordered in his blood. If these small armies are not taken care of, they will one day sink wrecked ships from Baghdad to Medina. He took his chosen riders into the saddle and flew to the gates of Damascus in search of the fortress and the city. The emir of Damascus offered the throne and left the palace, which he refused and went to the door of his father Job. Dad got up and ordered the gates of Aleppo to be opened. Aleppo is the capital of Aqazadeh Saleh, and the golden hen is in the hands of the lost. The gates of Aleppo are closed to Muslims like fate. At this time, Saleh, who was seven or eight years old, wore a crown and held the fingers of the wanderer. He came to the city tower and asked his subjects to withdraw the army lying at the door. Her tears ignited resistance. He then sought help from Egypt, the largest army between Baghdad and Carthage, and ordered Damascus mannequins and pressure.

Aleppo’s fortress sits on a circular steep hill thousands of feet above the surrounding plain, where winter is in full swing. The white palms trembled on the top of the mountain. The army scattered around Aleppo was waiting for reinforcements when a letter appeared from the missing to Nawab Raymond in Tripoli and the king of Jerusalem.

The emir of Tripoli and the king of Jerusalem first learned of the treaty, the usurped king of Egypt, Yusuf ibn Ayub, has come to the capital to plunder our provinces. You should attack the back of another ally, Shah Saqliya, with his help. We are waiting for the signal from Kefa and Marvin. As soon as you move, the Fatimids will attack Egypt and we will invade. It is reported that Yusuf bin Ayub, who conquered Egypt, Sudan and Yemen, will be attracted to Jerusalem after Syria and the island. He dreams of an Eastern monarchy. You pay attention to the seriousness of the matter.

The Missing Islands and the Atalik Sultanate in Syria”

The double seal of the righteous and the lost is in danger. He remembered the conspiracy of the navy of Saqila, the mixed cavalry of Jerusalem, and the wealth of the Fatimid dynasty to unite to save it.

He handed the letter to Mir Adil and took part in the management. Then Raymond took Holmes. Holmes is his arsenal and supply depot. He was forced to surround and whirl toward Holmes, counting every one of Raymond’s 40,000 soldiers.

The famous Baalbek Christian was bathed in blood and transformed into a snowy red tsar. In the second step of this conspiracy, religion and state are imprisoned in the front. The emir of the court asked to wait for a new army, but the exiles did not listen, took up their horses, and took the battlefield in one invasion. 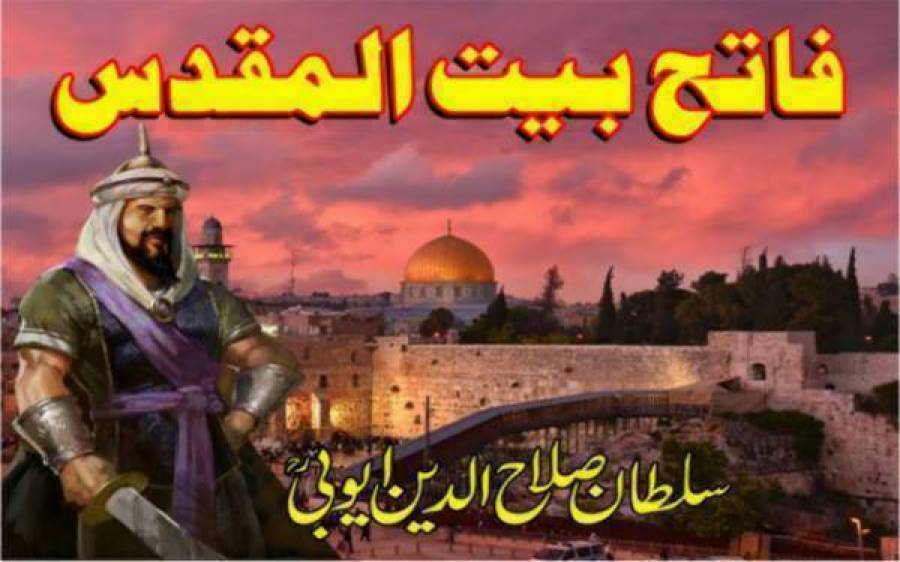