Wanderers and chief chiefs who conspired to assassinate him, from Christians to Sheikh Jabbar, wore swords around their necks and hands tied to their chests, watching the spectacle of the self-proclaimed kingdom of God in Egypt and Umayyad Syria. The king held a boy’s saddle and acted like a slave. Greetings from all but the lost were accepted. The hall has columns and a golden dome, where religion spreads. Blessings are selected in a glass jar. Even prettier than the photos, the maids attended the ceremony in their exquisite clothes and decorations. Bismillah but Aqa Zadare did not raise his hand. Answer when asked.

“We do not accept water until the missing person dies.”

The victorious general’s forehead began to wrinkle, and hundreds of hands were captured.

Then little Saleh heard it.

The little king then marched towards the fort with his servants, where he liked to march after Friday prayers the next day, and descend in the victory celebrations organized by Malik-ul-Adil. A canopy has been erected in the gardens of the palace in Aleppo, its roof and pillars are covered with velvet. Everyone from the soldier to the commander-in-chief was dressed in red, yellow, white, black, plain, striped, cotton, silk, cabas, robes and robes. Nooruddin, ruler of Kefa… Jalaluddin, ruler of Marvin, welcomed in his own army. Sardar and Amir, Wali and Amil, pedestrians and riders, couples and horses, wealth and status, status and estate were all enjoyed. Then the two women began to play the tambourine and harp in front of his throne. A half-veiled girl with beautiful ankles wrapped around her heavy body, with silk ropes tied around her slender waist, holding a thin leopard in her right hand, sitting gracefully like a leopard, her steps are light, serene, without Feared, sit down. The rich start to come under attack. Every time he knew the dagger was in his head, every time he licked the surface of the rich man’s turban. He is enjoying the skill and power of the female hand as his left arm gets brighter. King Saleh’s sister and the late sultan’s daughter stood on a horse, half-faced in a pearl veil. He rose from the throne like a lowly servant before his glorious master, took the princess in his arms, and set her down. He sat on the throne, leaning back in the chair, and knelt in front of it himself. Then he pleaded.

Why did Sajjadi Buland Iqbal bother to leave the fort? If we order a slave, we’ll come to the door. “

“We have come to ask you for the Aleppo fortress.”

“What will you do with the Aleppo fortress?”

“We’re going to be involved.”

“Aqazadi…the fortress of Aleppo is a fortress. If you claim the throne of Egypt or Syria or Yemen or Sudan, I swear to the Lord of Glory, that will be granted too.”

Then he offered 10,000 red dinars, to which members of the government pointed to swear. He carried her on his lap and put her on his horse. Tughral and Taj-ul-Muluk got umbrellas. He walks like a doll holding a princess saddle. An army of thirty thousand walked behind them as if birds were sitting on their heads. The people of Aleppo recalled that when the late Sudan mistakenly invaded Egypt, the Egyptian prime minister had sent a message about why Yusuf needed such a large army. Ordered a slave to come to Egypt and tied me to the bare back of a camel. Sultan cried when he heard the news and wrote a letter of love and affection. He watched until Aqa Zadi’s horse stopped at the gate of the fort. The ministers and chiefs, the guards and the rich man ran to the leader, who ignored him and got into the boat. Mukralbin Barga asked with his hands tied.

“The fort has been besieged three times. Five thousand lives and half a million nobles have been consumed. Your holy self has been assassinated. The fort is the gate to Iraq, the protector of Syria, Sheikh Al-Jabal Guardian. Not a toy for girls.”

“It’s true… the fort is huge militarily. But it’s much smaller compared to the late sultan’s relationship with me. If I can forget the sympathy of the sultan, then you can ignore mine Gift, forget you Altaf, who is younger than you. In this way, a quiet immoral education can be given to poor countries.”

Reuben, the Armenian Christian king from Aleppo, was overthrown. On the way, he came to the gate of Ahsan Al-Manaqir, while disciplining Qalich Arsalan, and destroyed Al-Masisa. He was trying to level the ground and destroy Ropan’s weapon, Ropan’s brother came as ambassador and made many excuses, killed Ropan. On his return, he established a court in Wasit on the shore of Rud Sanjha. The kings of Iraq, Mosul, Ardabil, Kefa, Marvin, Konya Sultan and Armenia took the oath, donned harta and delivered peace sermons.

The mysterious death of Farrukh Shah was reported to the governor of Syria and his famous nephew. Then came the news that the Afrangi family had robbed the outskirts of Damascus. In a fit of rage, he arrived in Damascus, wrapped in two carriages, on two floors. In the fields in front of the palace, there were three thousand prisoners, eight hundred heads. The life of a prisoner is undecided when the most dire news of his life arrives. That is, Karigina is moving towards Mecca and Medina, and besides desecrating the holy places, his plan is to exhume the body of the Holy Prophet (PBUH) by digging the blessed tomb. The news set the entire Islamic world on fire. But all sat in their places, holding hands, mourning, giving alms, acting as shields at half-time, hanging from crosses, and chasing Regina Luther on horseback. 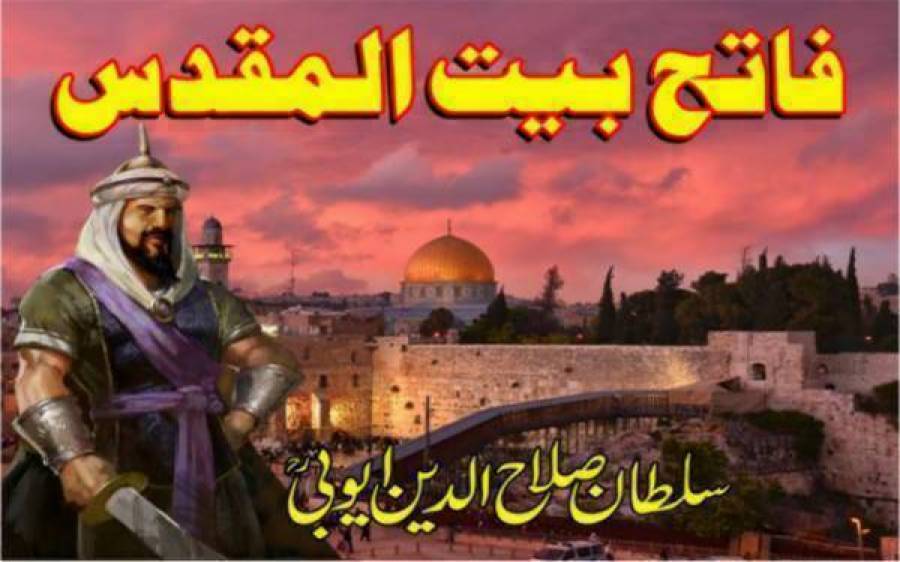