Assalamu Alaikum ,how are you all? I hope you are well. Today we will discuss Kurulush Osman episode 101. We will try to understand what happened in that Episode. In my opinion, the Episode was very cool and wonderful which goes without saying so read for yourself what happened.

As we see at the beginning of the episode
Wolf sets a trap for Osman Bey but our Osman Bey already knows. So for Osman Bey Wolf to trap the opposite trap. And we then see Osman Bey start attacking Wolff in the scene. The war between the Turks and the Vikings continues and Cantacujanus arrives.

And Kantkuzenos comes and stops the battle and comes and tells Osman Bey that Osman Bey is fighting the wrong enemy and says that his daughter who tried to kill the emperor also says Wolf is a famous warrior of Constantinople and then we hear our Turgut Bey saying Oh if what he did is proved, he will be punished on this earth.

And then we see in another scene that Aktemur gets a clean tire pressure in the forest and follows it with some soldiers. And then we see the movie. Cantacujanus says that Ophelia, the emperor’s daughter, is responsible for all this.

And we see, meanwhile, in the scene of Constantinople, the emperor faints after wearing a dress made by his daughter. And there was a poisoned needle in that dress, and the soldiers thought that Ophelia had poisoned the emperor, so they asked her to be imprisoned. Despite being innocent, Ophelia begins to run away.

Here we know about a big scene and where very cool scenes are shown. And from this, we understand that the volume is very great so what happened next in the movie read now?

Then we see Osman Bey saying that one day Wolf will be punished for his mistake in killing the Alps. Wolf accuses Okram Bey of attacking the village. Then Osman Bey said to Cantakuzanus, if you say a word wrong, I will remove your head from your body.

Still, Osman began his journey back to the city of Bay. And as Osman was gone, Wolf became angry with Cantacujanus and asked him why he had stopped fighting. Cantacujanus says that Osman Bey will die in the forest for Frigg’s plan. As Bala leaves the city looking for Alauddin, Osman arrives and together they start searching for Alauddin. Aktemur Turgut Bey goes to talk to Oktem Ber.

The Viking soldiers take Alauddin to a place in the jungle and set a trap to kill Osman Bey. Frigg soon learns that Wolf is coming to town and plans to get Dan out of the dungeon. At last Osman Bey and Bala Hatun went to that jungle,

When the Viking stopped, he saw a few boxes in the car, then Osman Bey told Cherkutay to look at the boxes carefully and Cherkutay saw a note written in blood on the bottom of the box, “Don’t come”.

And that’s when Osman Bey realizes that the Vikings have set a trap in the forest and steps in to save his son. And then the scene is cut and then we see Bengi Hatun saying that the people of the settlement are disappointed because they have not been able to bring the dead bodies. And then our Turgut Bey appeared in the settlement with the corpses.

We know about two scenes so far. I think the scenes were great. So I suggest you read the review and watch the subtitle from the server below. And get answers to all questions. Bengi Hatun was very upset to see his brother Batur’s lifeless body. Then we see another scene where Serkis says he will help Ophelia and takes her to a secret room in the palace.

And then we see Osman Bey finally find his son and take steps to take him to the city. The Vikings think their trap is working and begin to attack. The Turks began to retreat slowly. Bengi Hatun says that Osman is the cause of the death of the Turks and he will soon bring more trouble.

And here we see that the Vikings have trapped Osman Bey on one side. On the other hand, Dan was taken. And Osman Bay is now in two perils. So let’s see what happens in the next scenes. So what else keep reading.

After the funeral and funeral, Turgut Bey talks to Oktem Ber and says that he will look for the lost gold. Oktem Bey says that it is a lie, but he allows Turgut Bey to do his duty. And Bynder Bey thinks that the Byzantine gold is in the settlement so he secretly starts looking for it.

Wherever Osman Bey went, the Turks began to attack when the Vikings arrived. Osman’s soldiers quickly decimated the Viking army with arrows. And Cherkutai loses his hearing temporarily due to this sound while sending the bomb. Alsacek does not allow Oktemur to enter the tent, but Oktem Bey interrupts his daughter. A few soldiers started to dig out the place they found in a tent. Aktemur finds a box full of Byzantine gold. Turgut Bey says that Oktem Bey is behind it and he will be punished soon. And then we see Cantakuzanus go into town and say that he wants to speak with Osman Ber.

Here I am very surprised to read this scene. I think you’ll find out when you read the next scene. So why stay late reading?

Osman Bey says he will punish Oktem Bey after hearing Turgut Ber. And then the scene cuts to Wolff learning that Osman Bey is still alive and preparing to leave for Constantinople. After that, I see Serkis again in the scene saying that he will ask Ophelia for help and calm her down.

The scene cuts again and we see Aktemur calming down Alsacek and saying that Osman Bey will make a fair decision. After hearing this incident, Osman Bey gets angry with the Alps of the city and says, nothing will go wrong. Osman Bey then said that he would accompany him to Constantinople. And that night, Az spoke to Oran Bey Alauddin Ber and told him to be more careful. Bala Hatun goes to Malhun Hatun’s room and says that she is worried about the children’s future.

And we got to see something good in this scene. And some are bad
Anyway, let’s see. What happens in the next scene, I already said the volume is great and you can understand it just by reading these few scenes. Then keep reading what scenes.

And then we see the funny scene. We see that Ulgen Hatun prepares a lot of food for our Cherkutai Alp and says that he loves it. And our Cherkutai Alp started eating pretending not to hear anything. Osman Bey went to Alauddin’s room and found his son sleeping.

Osman Bey talks to his son and tells him how much he loves him. We see our little Alauddin Bey telling him that he is not sleeping and has heard what his father has said. And we see in the next scene that Osman Bey tells Boran Alp to go to Oktem Ber settlement and prepares to leave the city.

And again O Sin Kath is here and we hear Bengi Hatun saying that Osman Bey is working with the infidels and that it has caused a lot of damage to the Turks. Alcisek Hatun tries to change his mother’s ideas, but fails.

Turgut Bey read the message sent by Osman Ber and understood what to do with Oktam Ber. And then the scene cuts to us seeing that the next morning, Osman Bey enters Constantinople with Abdal. And we are told the life story of Sheikh, Orhan K, and Alauddin K Yusuf (as).

And we got a good feeling in this scene from the previous scene. Because this movie has good things and rarely bad things. Anyway, we’re finally getting to know Sean. So why the delay? Read it now. I hope you like my reviews. Don’t forget to comment if you like it. So without further ado, read on. Finally, Sean.

And in the last scene, we see my sheik telling the children to be more patient and to love each other. And here is the scene where we see the new scene where Turkish spies from Constantinople approach the secret tunnel to inform Osman Bey of the latest situation in the city.

Kumral Abdal is surprised and happy to see the number of Turkish spies. In the next scene, we see Olof preparing to go to war with his soldiers, saying that he will capture Sarkis. And then we see our Kumral Abdal enter the emperor’s room past the guards at the door. Kumral Abdal says that he has come to heal the emperor and asked him to stay in the palace.

After him, the scene cuts again to see Cantakuzanus arrive at Oktem Ber’s settlement and say that he wants to judge Oktem Ber. And then Turgut Bey said that Osman Bey would come soon and told everyone to be patient.

And in the next scene, we see Serkis and Ophelia trapped in the field. And the scene cuts to Cantakuzanus thinking Osman Bey won’t come so he says he will punish Octam Bey. And then Oktem Bey cried out to Cantacujanus, and then a spy attacked him. And we see in the last scene that Osman Bey comes to the battle to save Ophelia and starts fighting Wolf.

And here ends our brief discussion of Kurulush Usman Volume 101. And here we faced many questions. And to get answers to all these questions. Kurulush Usman volume 102 should be seen then why the delay? Check out the subtitles from any of the servers below. 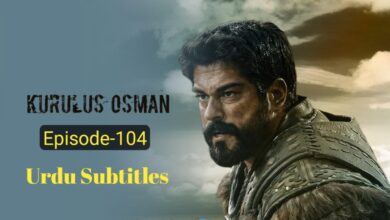 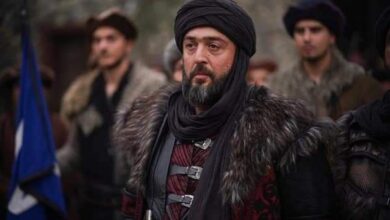