AlpArslan Episode 28 Urdu Subtitles had a great start. On September 20th the second season of the beloved series Alp Arsalan begins with a scene from the holy city of Makkah, where AlpArslan prays to Allah for eternal Jihad and victory by circumambulating the Holy Kaaba Sharif!

Then the lion (Alp Arslan) chases him and catches him in the forest, and when he wants to kill him, he begs for his life…

Then Arsalan took Yusuf as a prisoner and brought him to Vaspurakan. Even there, Inal Bey wanted to kill him several times. Alp Arsalan and his father Khorasan’s lion could not kill him because of Chari Bey’s obstruction! With Inal Ber’s brother Arbazkan Bey also supporting him, here is bound to lament that Arbazkan has defected to his brother’s side.

In the meantime, however, word arrives from the Sultan of Baghdad that Arslan marries Yusuf’s daughter Seferi Hatun as Alp Arslan! By doing so, the enmity between the two Muslim lands can be bound by ties of kinship!

Alp Arslan gets a bit worried after reading the message and he goes to find Nizamul Mulk Ata Ber in the jungle to fetch Ata Bey, there he finds Ata Bey in a very depressed state who lost her daughter Akcha Hatun in the last episode of the last season!

And he does not blame Alp Arsalan for his daughter’s death but blames him for not telling the identity earlier, then he could have given his daughter as much love and affection as he had!

Then Alp Arslan returned to Vaspurakan and agreed to marry Seferi Hatun, while everyone thought that Alp Arslan would not agree!
Inal Bey strongly opposes it, he will not allow his father’s murderer’s daughter to marry his clan!

Just then the new Tekfur of Ani Durga comes to Vaspurakan with his son, and asks the meeting to buy steel from Inal Ber land!

One of the highlights of Alp Arslan Buoy Seljuk Volume 28 is Tekfur Gregor’s offer to buy steel. Alp Arsalan rejected this offer because the Turks never sell goods of war, ie horses and swords, to the enemy!

Meanwhile, Seferi Hatun is kidnapped by robbers on his way to Vaspurakan after hearing the news of his father’s imprisonment!

Hearing this, Alp Arslan went out with his Alps to look for Seferi Hatun, and once found him, on the way, Seferi Hatun told Alp Arslan, do not take me to Alp Arslan, I will reward you, but he does not know, this is his Alp Arslan!

On the other hand, Inal Bey met with Tekfur and made an agreement to sell steel. Whenever Annie waited at the fortress hoping for Tekfur’s steel, she saw Alp Arsalan entering instead of Inal through the gates of the fortress, as if everyone had fallen from the sky.

And this is where the audience’s misconceptions about Arbazkan will be broken, even though he pretends to go to his brother’s team, he is in AlpArslan’s team.

And here ends this episode…

Photo Of the Episode 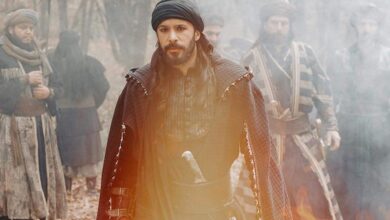 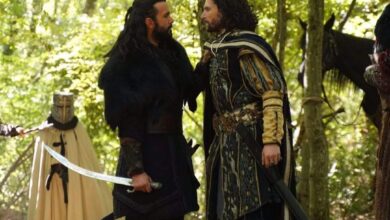