Peace be upon the Emir of the Believers. Peace be upon you, too. Why did you put your sword down? I request that you relieve me of my duties as the ruler of Khorasan. Are you insane? Are you insane? No, I’m just tired. I’m tired, My Lord. I’ve fought long and hard defending the Abbasid Call, and defending the uprising and the State. Come here, Abu Muslim. Tell me what happened. Speak. Despite my long history with my Abbasid Masters, Master Abu Jaafar sent someone to plot against me with no fault on my part. So if you don’t want me, I shall leave, without being killed or backstabbed. He shall leave and you shall stay.

You shall stay. Take your sword. The Abbasids deceived us and took advantage of people’s loyalty to us. That’s right. They were cunning when they called for an Imam – of the Prophet’s Household. – May God forgive you, father. If you had accepted the leadership when Abu Salama Al-Khallal offered it, the Abbasids wouldn’t have dared challenge us. There’s no use bringing up the past. I think we should expose the Abbasids, and show their true colors. None of us denies their lineage goes back to the Uncle of the Prophet, – peace be upon him. – Peace be upon him. But we must remind the people that we are more entitled to the Caliphate, and that not only we are Hashemites, but we also descend from the Prophet himself – Muhammad, peace be upon him. – Peace be upon him. We must remind them of that. Stay with us for three days and then you can go back to Khorasan safe and sound. As you wish, My Lord. – Issa. – Yes, My Lord. What about our army sailing to Oman? I think they will be there in 2 days, and they are fully ready. But, My Lord, I’m wondering about the chest you trusted me with. Keep it with you until its time comes. Where are you going, Abu Dulama? To the Emir of the Believers, he sent for me. Nobody told me about that. – My Lord. – Go away. – My Lord. – Let him in. Yes, My Lord. – Who’s that? – Abu Dulama. Peace be upon the Emir of the Believers. Peace be upon you too. Damn you, Abu Dulama. What do you want? I saw a dream about you, My Lord. Then tell us about it. I saw in my dream that you clothed me with many clothes and paid off my debts. They were made of purple silk and soft fabrics that made me look good. So believe this dream I saw in my sleep with my own eyes. Butler, clothe him and pay off his debts. Don’t dream about me again, Abu Dulama, or I will turn your dreams into nightmares. Yes, My Lord. Peace be upon the Emir of the Believers. Take whatever you want, Abu Dulama. – We’ll look into it, Abu Ayyoub. – Yes, My Lord. What’s the matter, Rabie? – Peace be upon you, My Lord. – Peace and blessings be upon you too. This is a letter from the Emir of the Believers in Hashimyyat Al-Anbar, requesting that you go see him at once. Al-Hashimiyya? God help us! I heard that they gave people their dues. Then this is palace was built on the wrong foundations. We don’t tolerate injustice. How could we when we came to lift injustice off the people? Butler, compensate him for the land on which this palace was built. – Yes, My Lord. – God bless you, My Lord. I heard you were getting ready to leave to Khorasan. If My Lord wants me not to, I won’t. I’d like to have stay with us, but Khorasan is a land of unrests and they need you there. I wouldn’t be able to do anything if it wasn’t for my Abbasid Masters. God bless you, Abu Muslim. My brother Ibrahim was right when he called you the Trustee of Muhammad’s Household. Being in your good graces, My Lord, gives me the courage – to ask you for 2 things. – Consider them done, with God’s will. What’s the first? I would like to be in charge of the Pilgrimage this year. My Uncle Dawoud was already assigned for that. But I shall put you in charge of it next year, with God’s will. What’s the other thing? I’m afraid you’d be angry, My Lord. I might admonish you sometimes, Abu Muslim, but I can never be angry with a man like you. So, what do you need? State your request, Abu Muslim. I would like to reach for the stars and take the light out of the sun, by marrying a daughter of my Abbasid Masters. Are you angry, My Lord? I’d sooner kill myself than make you angry. Why do you say that? We would be proud to have you as our son-in-law, Abu Muslim, but we must consult about this. You’re a man with a great heart, My Lord. I’ll take my leave now. I’m beginning to understand Abu Jaafar’s point of view, Abu Muslim. It’s like you’re asking me to pay you back for what you did for the Abbasids. Abu Muslim asked for that? Yes, and that’s what’s bothering me. Looks like Abu Jaafar saw what I didn’t see. I saw words in Abu Muslim’s eyes he didn’t say out loud. Something like a threat.

You know that I supported Abu Jaafar’s suggestion to have him killed. That man is seeking power and authority. What did you say to him? I concealed my anger and said I needed to consult about this. You did well by being diplomatic. My Lord Abu Jaafar is here. Peace be upon the Emir of the Believers. Peace be upon you too. Welcome to the deputy Emir, Khaled Al-Thuhali. The deputy Emir is an Emir when the Emir is away. – Isn’t that right? – Yes, My Lord the Emir. What is this Majusi doing in my majlis? – He’s a friend of the Emir’s. – I didn’t ask you about his friends. The Emir told us he would be away for 5 days. This is the 6th day but he isn’t back yet. We came to greet him. He’s not back yet. Did you notice, My Lord, that some Alawis didn’t pledge allegiance to you? – Who do you mean? – Muhammad and his brother Ibrahim, – the sons of Abdullah. – That’s right. None of these met with me since I became the Caliph. Why don’t you send a letter to our ruler over the city ordering him to bring them to your majlis? I think we should go out to the desert. I’m sick of these rigid walls. But the sons of Abdullah are a bigger threat to us than Abu Muslim. That’s right. Killing Abu Muslim and appointing another man from Khorasan as a ruler is easy. However, the sons of Abdullah Al-Mahd are a different story. What do you suggest then? Put me in charge of the Pilgrimage this year. That way I will visit Al-Madinah and Hejaz and look for him myself. But… What about Uncle Dawoud? I put him in charge of the Pilgrimage this year. Uncle Dawoud won’t be offended if you tell him you need him here in Hashimiyya. To help with affairs of governance and armies and whatnot. What’s wrong? I feel tingling in my chest like the stabbing of knives. Shall we call the doctors? No. No problem, Abu Jaafar. The pain will go away on its own. I’m used to it. Okay, Abu Jaafar. I will write to Uncle Dawoud with your suggestion. But don’t inform the ruler of Al-Madinah that I’m in charge of the Pilgrimage this year. So that the sons of Al-Mahd won’t take any precautions, and so that I take them by sheer surprise. I’m afraid that I will die while my son is still young. And thus, the Kingdom of his ancestors would be lost. Abu Jaafar is the only one who can keep the Abbasids united after me. Abu Al-Abbas. You’re up early. Is something wrong? Don’t worry, Um Salama. I’m fine. It’s just that I’m pondering some thoughts that keep me from sleeping. What thoughts? The Succession. The Succession, Um Salama. Don’t tell me that you’re dismissing your son as your Successor. What makes you think I named him my Successor? Did you open the chest, Um Salama? How could I open after you gave it to Issa bin Moussa? You had it before I gave it to Issa. Did you open the chest, Um Salama? I swear the chest fell down and was opened unintentionally. So, I opened the will unknowing it was yours. I swear. I believe you, Um Salama. I believe you. I’m thinking… I’m thinking of naming my brother Abu Jaafar as my Successor, so that if something happens to me, he would maintain our Kingdom. Don’t do that, Abu Al-Abbas. Don’t. I heard his wife Arwa talking about that more than once. What did she say? Many things, some of which can be said and some can’t. But she keeps saying how Abu Jaafar was deprived of the Caliphate while he was most entitled to it. I heard her say once that she would kick us all out of the palace if her husband became Caliph. And when I admonished her and told her that the children did nothing to be kicked out, she said they were the biggest threat of all to the Caliphate of her son Al-Mahdi Muhammad bin Abu Jaafar – and his Successor. – I heard enough, Um Salama. Don’t forget that you will meet Abu Muslim during the Pilgrimage season, so don’t let him provoke your anger. Be patient with him until we’re done with the Alawis. As you wish, My Lord. Godspeed. God be with you. God be with you, My Lord. – Excuse me, My Lord. – Godspeed. Peace and blessings be upon you. Peace and blessings be upon you too. What did you do about Abu Jaafar? I put him in charge of the Pilgrimage. I’m talking about the Succession. I didn’t do anything. If only you heard what Arwa said. She said so many bad things about the Abbasids, and that if it wasn’t for her husband Abu Jaafar, we wouldn’t be Caliphs. That’s right. Had he not gone out that night, we wouldn’t have assumed power. God Almighty must not be described using the attributes of His creatures. His attributes are either attribute of character or of deeds. As for his attributes of character, they are such as that He’s Ever-Living, that He speaks, that He’s All-Knowledgeable, and that He hears, sees and wills. As for his attributes of deed, they are those that have to do with his creation, his giving, his perfection, his making and other attributes of His deeds. These attributes of God are perpetual and eternal. 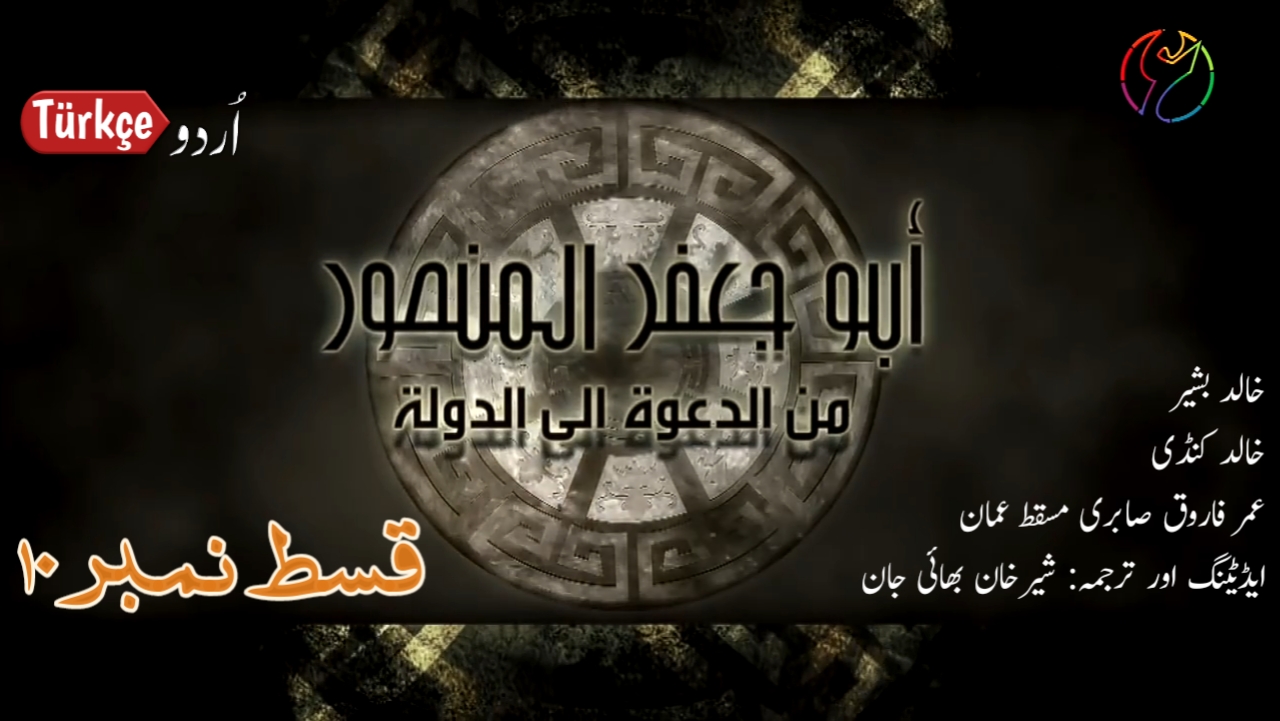 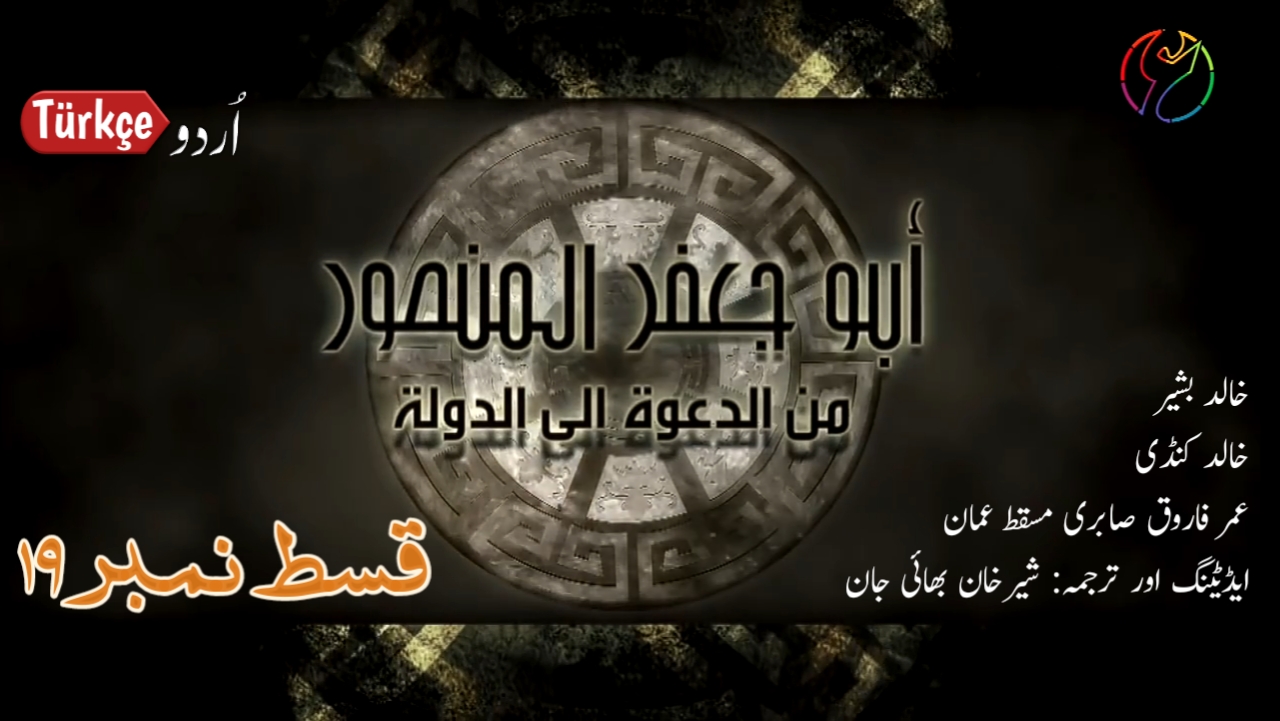 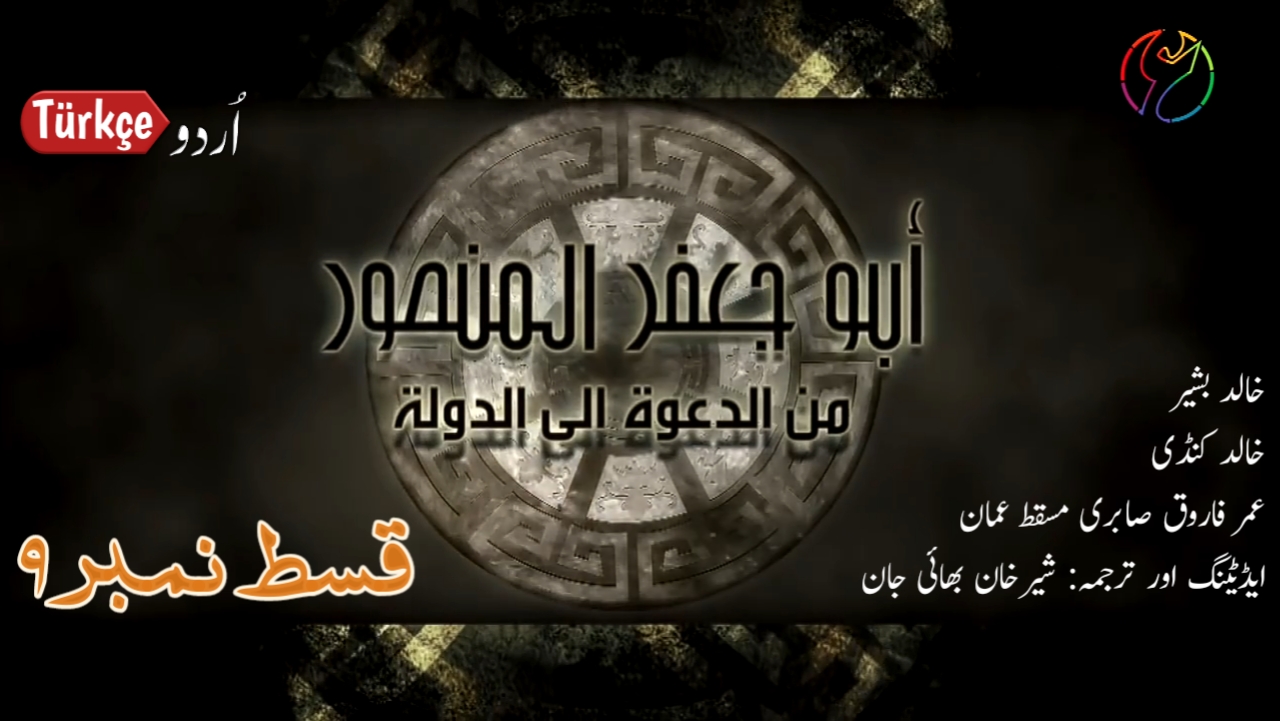