Dismantle this camp tomorrow, and set it up again at Maimoun well. Listen, Ibn Amr. I want you to send a reliable man tomorrow, to inquire about Sukaina’s news. For what purpose? Let him report her news to me and that’s it. For no purpose. I will. There’s something else I need from you, Ibn Amr. What is it? Didn’t Abdul Malek bin Marwan tell us to give Ibn Al-Zubair two choices before we fight him?

That’s right. What if I sent you to him to give him that choice? I wouldn’t do that by myself. I only have one choice for him. I think you’d better wait, for Ibn Al-Zubair is still at ease. So, wait until he finds himself cornered, then he won’t reject your offer. How could you miss my point? Can’t you see that I want him to reject my offer, so that I’ll have only one choice with him? However, I’ll wait, for I have a feeling that Ibn Al-Zubair will reject. He will reject the Caliph’s offer, even if they had nowhere else to go in the whole world. – Who could it be at this hour? – I’ll get it. No, I’ll get it. Peace be upon you Sukaina bint Al-Hussein. Laila Al-Akhialia! Welcome! Welcome! Come on in. – Where is Tareq? – He went to his tent, My Lord.

Call him for me. No, wait. I’ll talk to you. To me, My Lord? about what? I’m just a guard at your door. A guard at my door is better for me than anyone else. – What’s the matter? – I envy those who didn’t die and leave their beloveds behind. But Tawbah died and left me behind. It’s been a long time, Laila. I’m still his beloved as you’ve said. He’s in his grave. But I couldn’t love another man after him. Tell me about you, where have you been all this time? I was roaming the lands until I heard that you were here. – Although I’m upset with you. – What for? You hold your session here in Al-Madinah, inviting poets and scholars to it, without Laila Al-Akhialia? God bless you, Laila! How could I invite you if I couldn’t find you? Here I am, I’ve invited myself and came. You’re most welcome. Tell me, Sukaina, what did Al-Hajjaj do to you in Al-Madinah? – Don’t even mention that name. – What if you meet him again? I told you not to mention him. Either change the subject or we’ll go to sleep, for the night is almost over. Do you know any poetry? I enjoy listening to it, My Lord but I don’t memorize any. I thought soldiers only enjoyed the rattling of swords and the whinnying of horses. My Lord, you said you wanted to talk to me, but I didn’t know what you wanted to talk about. Don’t worry. I couldn’t sleep, so I wanted to distract myself from my worries. Even an army leader gets sleepless with anxiety! May I ask you a question, My Lord? Aren’t we talking? Are you worried about what might happen when you meet Ibn Al-Zubair? You tell me. What would you do if you met him? Speak, don’t hesitate! I heard about him, before meeting him what would make me put my sword down if I ever met him. Not out of fear of his sword, but the fear of what’s in his heart. Then, we must forget everything we heard, in order to seize the chance once we meet him. Listen Ka’b, isn’t this your name? Yes, My Lord, yes. Ka’b bin Qais. As of tomorrow, I don’t want you to guard my door. Why, My Lord? Did I do something wrong? No, you didn’t do anything wrong. But I want you here close to me. I liked what I heard from you. – Father, I’m leaving. – Where to? Didn’t you want one of us to go and bring my aunt Ramlah? Yes. What’s the matter? I don’t know whether to leave her safe in Al-Madinah, or to bring her to Makkah to face what we’re facing. – Father… – I know what you’re going to say. Go with the God’s blessings. Tell me, Laila, unless you’d to keep it to yourself. What do you mean? What was between you and Tawbah Al-Hemiary. All the Arabs talk about what was between us, and recite the poetry we wrote for each other, disclosing what was concealed, so why would I hide it? What do you want to know? About what you’ve just said, was all what was said about you true? He was obsessed with love stories. The Arabs have so many love stories, some of which are true while others are made up. Do you call that love? What else can I call it? The Arabs don’t have better expressions to describe what was between me and Tawbah. In this love, as you call it, did he ever lie to you? Only once, but it was after his death, not during his life.

How? He once said in a poem that if he was lying in his grave, and I passed by and greeted him, he would greet me back from inside the grave. But a while after his death, I passed by his grave and greeted him, but he didn’t respond. That was the only time he wasn’t truthful with me. Sukaina might come now, so we’d better to change the subject. Why should we? Talking about love and death might stir up her emotions. Her wound over losing Mus’ab is still fresh, while mine is old. I heard that Khaled bin Yazeed bin Mu’awiya intends to ask for your hand in marriage, so what will you do? Ramlah, did Laila say anything to upset you? Come, come and don’t pay attention to what Laila says, whether it pleases or displeases you. Come on. Won’t you lead the soldiers, My Lord? No, take the soldiers to Maimoun well. Camp there and I’ll join you before you reach it. Make sure to have the catapults with you, go. Hubaish ,Hubaish! Where are you going in such a hurry? You’re acting as if it were the end of the world. And you’re acting as if you were dead inside your graves. Don’t you realize what’s happening around you? We are only merchants working in the market. What do you expect us to do?

We aren’t fit for fighting, fighting is for warriors. I saw Al-Hajjaj’s army approaching Makkah from Ta’ef on my way here. There are those who will confront them. Woe betide you! Do you think that if the Umayyad army surrounded Makkah, they would only target the fighters? What would you tell Ibn Al-Zubair? “Go and fight with your God, we’ll wait here”? This is too much, stop it! It’s the Caliph who wanted us to stay in the market to supply people with their needs, should what you’re talking about happen. Their needs? What would they need once death arrives? Away with you! Hajjaj. Haven’t you said you wanted to see the house before leaving Ta’ef? – That’s why I came. – Then won’t you go inside? I won’t enter the house while its owner is not here. It was you who drove my father out. No, it was his fanaticism. Tell me, Muhammad, what did you gain from Ibn Al-Zubair? Life is not measured by gains and losses. It does, young man. But I don’t mean materialistic gain. I don’t care about that. But look at the situation that Ibn Al-Zubair has put you in. I was in it with you, then I left you all these years, yet nothing has changed for you.. As for me, look what’s become of me.

Ibn Al-Zubair did not acknowledge any of you, until your father went to him in these dark days. You forced him to do that. What about you? What about me? Do you share his opinion about me? I’m torn between the two of you. Then take a decision and be on my side. What do you need me for? I’m not a reliable fighter. I don’t want people to say that Al-Hajjaj wages this war while his whole family is against him. None of this or anything people say matters. No, I’ll stay here. – Farewell. – Farewell. Wait! Why did you return without Ramlah? I couldn’t reach her, father, for a while after I left Makkah, I found that Al-Hajjaj’s soldiers were blocking all the roads between Makkah and Al-Madinah. No problem. Let her stay there. Come with me. Is that what made you angry with Laila? Her mentioning Khaled bin Yazeed? It’s not her that she mentioned him, for I may have some affection for him. It was rather talking about marriage under such circumstances. War? has a day passed when Arabs weren’t at war? They had wars before Islam. We thought Islam would stop the wars between them, but they broke out again and more fiercely. Listen, Ramlah, if women waited for wars to end in order to marry, no woman would get a husband. You will take these catapults to Abu Qubais mountain. where you will set them up and guard them until you receive orders from Al-Hajjaj. Go. – Peace upon the Leader.

Hajjaj Bin Yusuf – Peace be upon you too. Why are you running towards me? – To catch up with you. – Why? Who are you? Didn’t you recognize me? No, I didn’t. Come closer so I can get a better look. Now I recognize you. Why are you following me? Not only you, I’m following your army to be recruited in it. Weren’t you avoiding the war and avoid me? It has imposed itself, or rather, you imposed it. Since I’m living in this land, I might be killed by war anyway, even without taking part in it. So I thought that dying in it would be better than dying of it. Woe betide you! You’re talking about death while wars don’t necessarily lead to death. Then, why don’t you join Ibn Al-Zubair, if you’re expecting death? I’d rather be on the side of the victorious. Do you think that I’ll be the victorious? This is the best thing I heard from anybody in Ta’ef. Come with me. Do you realize what I’m gaining by having you with me? Don’t count too much on me, for I’m not a reliable fighter.

– But I’m… – It’s not that, but rather because you’re the first one to join me from Thaqif, although I hoped they would all join me. Are you talking about war? Tell me with whom will I fight after those whom I came to defend and fighting for have abandoned me? Stop talking about war, until I find a way out of this. Why don’t you write to the Caliph in Syria, if his ruler in Basra and his brother in Kufa are stopping men from joining you? What would the Caliph do? Would he provide me with soldiers of Syria? This is Ahvaz, Malek, Ahvaz! Don’t you know that he sent his army with Al-Hajjaj to fight Abdullah bin Al-Zubair in Hijaz? 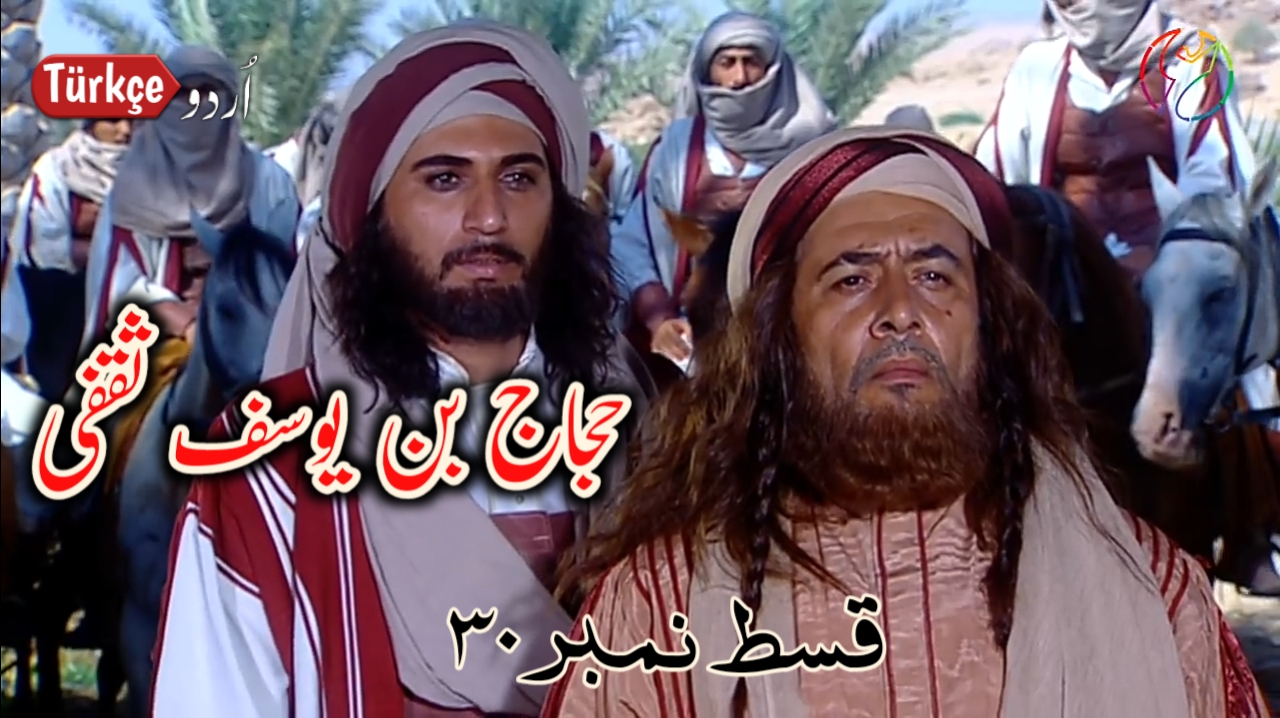 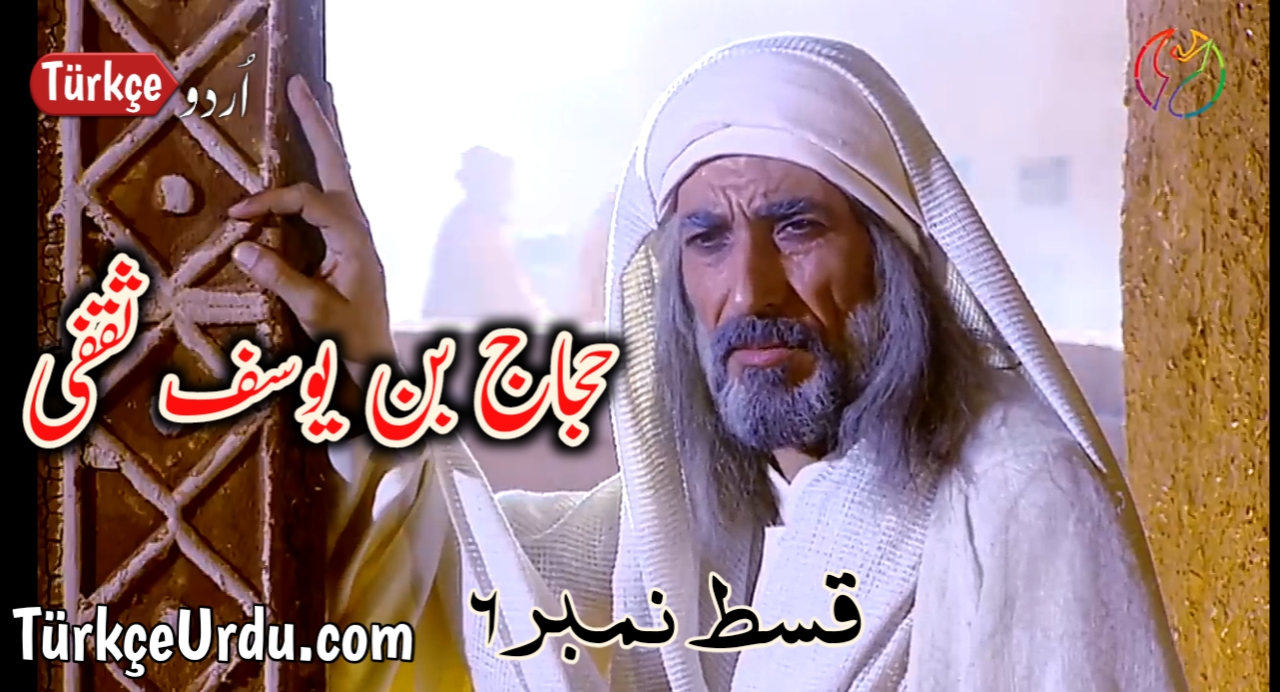 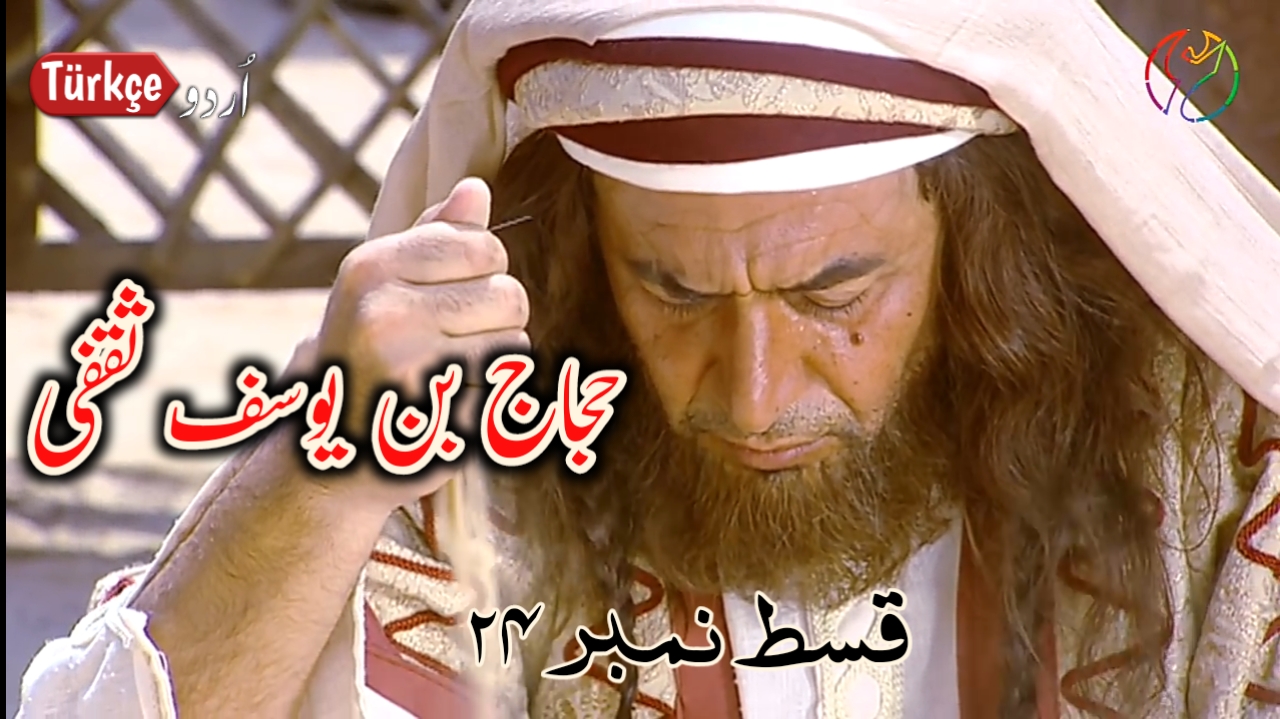 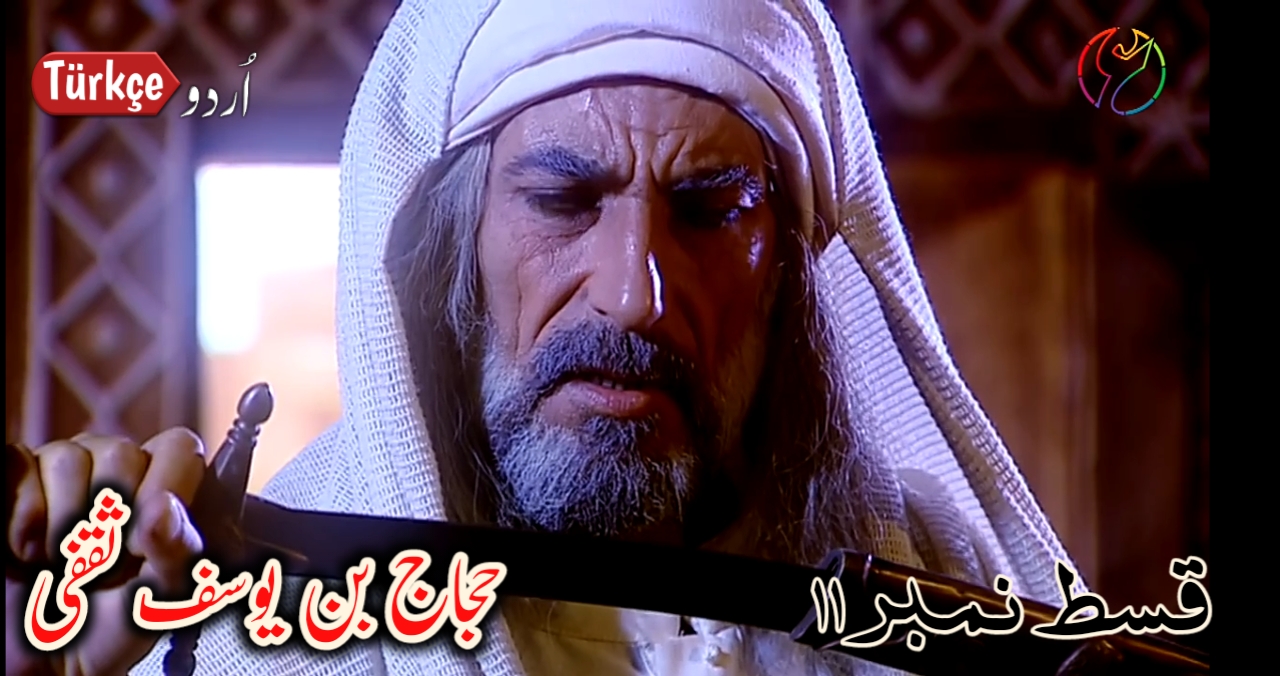